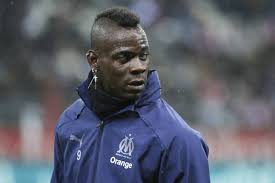 It was announced late last week that Mario Balotelli would be returning to Italy. Not only that, he returned to play for his hometown club, Brescia. For this club, it’ll be an exciting season, as Balotelli will be upfront alongside young Italian phenom, Sandro Tonali. However, they still need to stay up in the Serie A, which will be a tall order. Here are the reasons why I think Balotelli will help them do that.

REASON#1: HIS TALENT WILL KEEP THEM UP IN SERIE A

With Mario Balotelli, his problem in the past has not been his eye for goal or his goal scoring instinct, it has been what he has done off the pitch as well as in training. However, I strongly believe that his time with Brescia will be different. The reason why I think it’ll be different is because he’ll be playing for his hometown club and there’s  something about representing your home in sports that gets the best out of you. If Balotelli doesn’t cause trouble off the pitch, his talent will really stand out and  for opposing clubs, it’ll be scary to go up against.  He’ll also play alongside Sandro Tonali, which should help Brescia avoid relegation.

REASON#2: HIS TROPHIES AND EXPERIENCES IN TOP COMPETITIONS WILL HELP BRESCIA AVOID RELEGATION

For those who have followed Mario Balotelli throughout his career, it is well-known that he’s competed in the biggest competitions in world football. He’s won league titles in Italy and England as well as winning Europe’s golden prize, the Champions League. Indeed, his accomplishments throughout his career should inspire the rest of Brescia’s squad to perform, which should help them stay in Serie A. I personally believe that because he’s won all these trophies throughout his career, he’ll inspire and motivate the squad to perform at a higher level than they already do. This should help Brescia stay up.

REASON#3: HIS HEART AND DETERMINATION ON THE FIELD WILL PREVENT BRESCIA FROM FALLING BACK DOWN TO SERIE B

Anytime Mario Balotelli steps onto the field, the one thing many people never doubt is his heart and determination. He can be arrogant and get into trouble at times on the pitch, but when he has the ball at his feet he shows the determination that a striker needs to score. That’ll help Brescia avoid the fall, as he’ll inspire the squad to be bold, confident and determined on the field. With the determination that Balotelli has, they could very well upset some Serie A heavyweights and cause headaches for opposing clubs.

Watching Mario Balotelli at Brescia will definitely be something to remember and I hope to see his full potential on display for Brescia this upcoming season in Serie A.